Well, we went and done it! We held London’s very first Go Tournament today the Chinese Cultural Centre, and we had 18 players show up from near and afar to compete. I’d say it was a big success overall, considering there has never been a Go tournament in London before, much less one that attracted this many people. 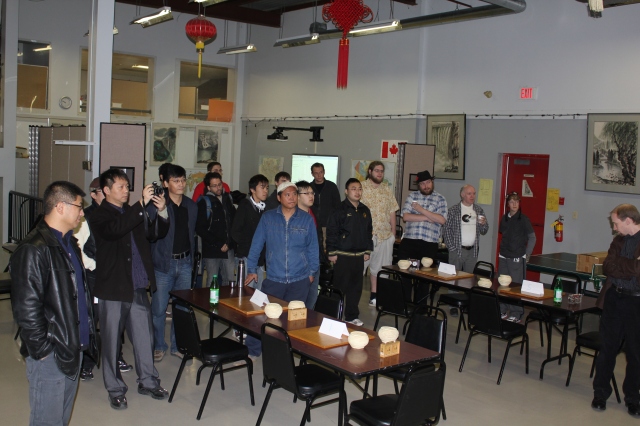 Can we start yet?

Matt lays down the law!

The day started with setup at 8:30am, with a ground of Chinese student volunteers coming to help us set up the tables and get everything in place. The attendees started arriving shortly before 9am, and luckily so did our Go Sets and Clocks, on loan from Hamilton’s Mountain Go Club and the Canadian Go Association. By 9:30, almost everyone had come, and after a few announcements we got started at 9:45.  At the start of the tournament we discovered we had 18 players- Eight Dan-level players, Six Single-Digit-Kyu Players, and Four Double-Digit-Kyu players.  Which was a very unusual mix, as usually the lower levels have the most players and the Dans are few in number! Who knew London had so many Dan-level players? 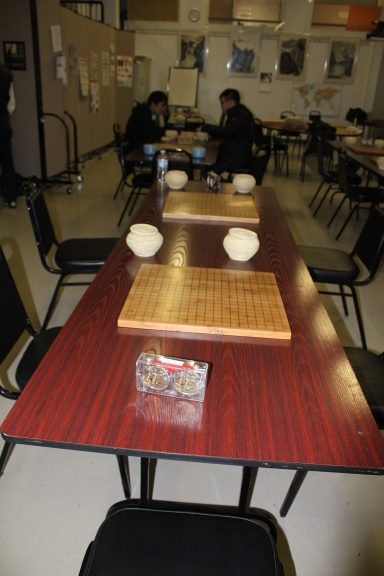 If a go stone taps in the forest, and nobody hears it. Does it make a sound?

Matt had a computer program on his laptop that organized matches, so getting everyone paired up was relatively easy. We did have a few minor issues with it for the first round (it didn’t assign handicaps like it was supposed to), but we noticed them and got them figured out before the second round. Play went surprisingly smoothly, and everyone was excited to compete, so the first round, which was scheduled for an hour, took less than thirty minutes! About the only issue we had was a few clocks didn’t work, but those were noticed and swapped out pretty fast. 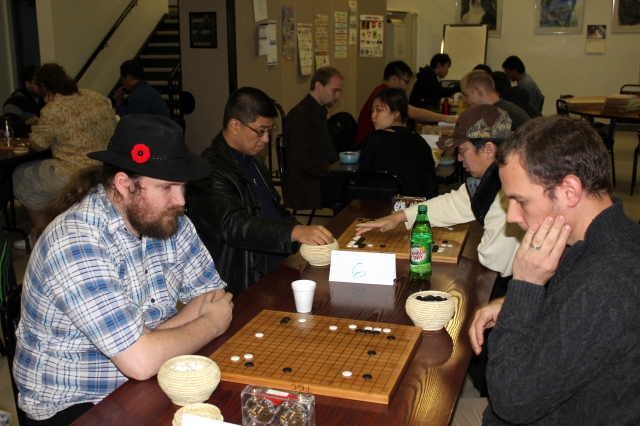 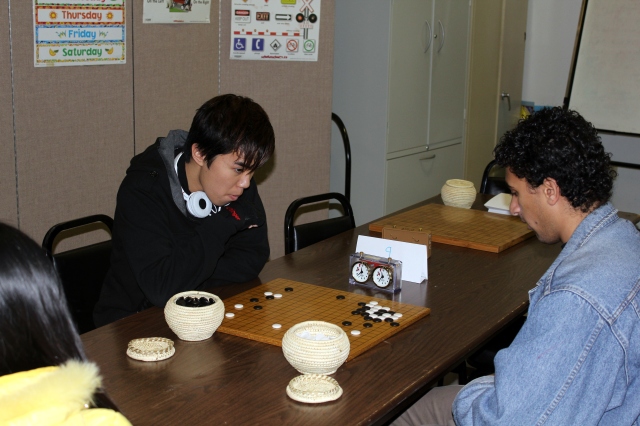 Why did I ever let Samson talk me into this?

Holy crap this kid is good!

We had a short break, then the second round, and it finished to quickly we decided to add a fifth round to the event (we’d planned for four) because we were going to finish well ahead of schedule at that rate. One Pizza Lunch later, we started the afternoon’s three rounds, which got progressively more tense as everyone became extremely serious and focussed. Thirty-minute rounds suddenly turned into forty-five minutes and sometimes even fifty-minutes as play progressed, and games became more and more complicated. It was so cool to be in a room with so many people trying so hard, and playing so much good Go!

The pressure's on! The top four compete!

Nary a smile to be found in a Go tournament.

No smiles here either. Who would smile during such a serious event? 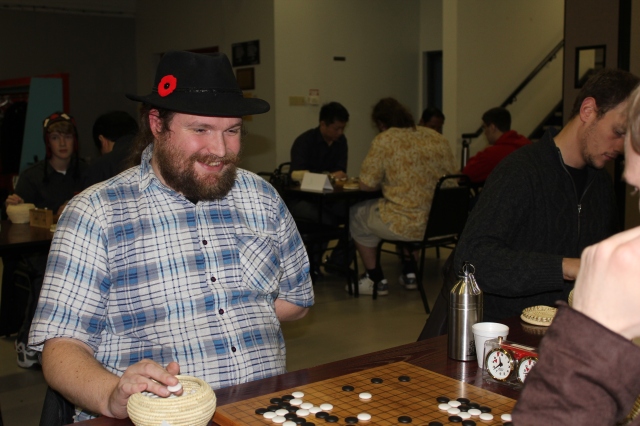 We ended up finishing off at 4:30pm, and it turned out to be a good thing we’d added the extra round, or we would have had a large number of ties. The extra fifth round really sorted things out, and we only needed to make a judgement call on the top two players of the game, everyone else had sorted themselves out. The awards were given out to the top 3 players in each category by Joan Lee, the president of the Cultural Centre. 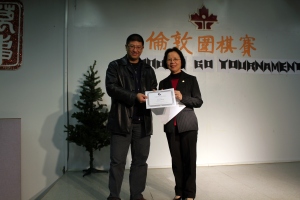 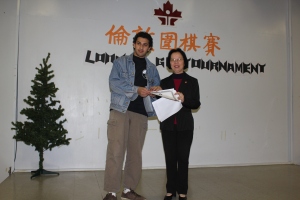 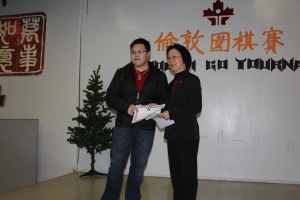 Congratulations to each of you! And thanks to everyone who came out and played! It was wonderful to meet you all, and I hope we can see all of you again in the future- hopefully at our next tournament! Also a big thanks to the people at the Chinese Cultural Centre who donated the prize money and gave us a place to hold the event.  Also to the Hamilton Go Club- We couldn’t have done it without you!

I’d like to also give a special shout-out of thanks to our volunteers, who made things go much more smoothly, especially Jade and Melissa who worked hard to help keep things on track. 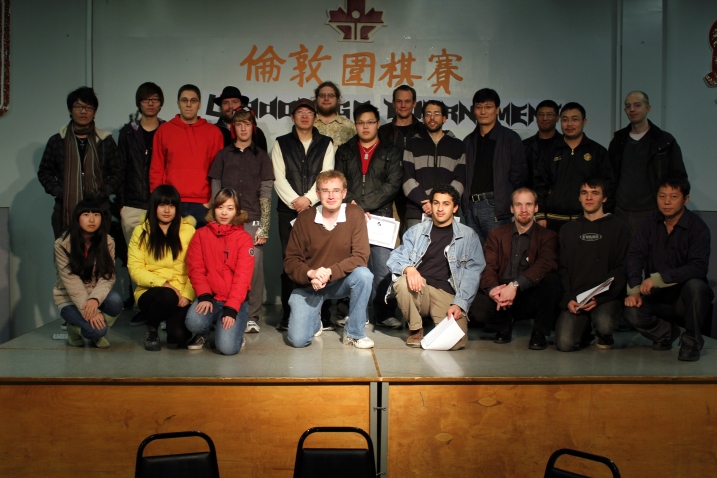 See you all next year!

I like to play Go.
View all posts by forestcitygo →
This entry was posted in meetings, Tournaments and tagged Forest City Cup, Tournament. Bookmark the permalink.